Introduction: What is Threat Modeling

A structured and repeatable process to identify threats and mitigate them against valuable assets in a system. We cannot build secure systems until we understand the applicable threats to our applications/ systems/platforms/infrastructure/services/APIs etc. Threat Modeling involves (i) visually modeling a system (ii) identifying potential threats (iii) validating and/or designing security controls to mitigate risk(s).

Step 1: Create an architecture diagram and label the artifacts

The template for creating a threat model manually in six steps using a spreadsheet is made available at the link below. The template could be customized further to make it work with any security standard or framework instead of NIST CSF or with an organization's internal security standard.

There are six classifications of Threats dubbed as STRIDE (Spoofing, Tampering, Repudiation, Information disclosure, Denial of service, Elevation of privilege) as described below. The STRIDE approach to threat modeling was invented in 1999.

There are four elements used in Threat Modeling:

Not all the threats apply to every element in the architecture diagram. Matrix of the applicability of threats to actors is shown in the table below: 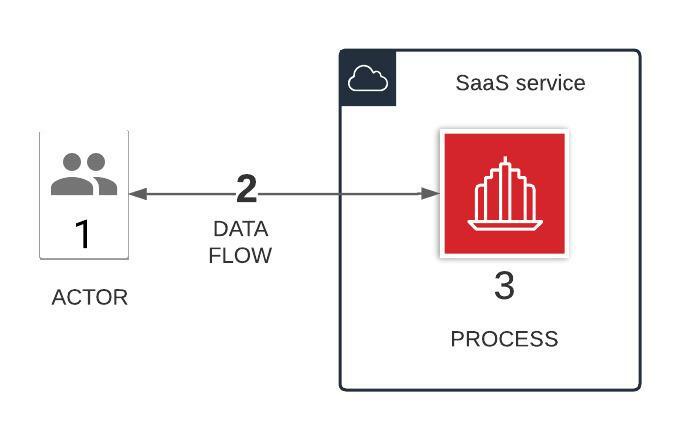 Informative and helpful!
But, unable to refer to “Threat Model for SaaS application” worksheet. Request guidance for the same. Thank You.

Glad you found this article helpful. To confirm, you said you have issues accessing the template: Creating a Manual Threat Model in Six Steps (by Shankar Chebrolu). Can you confirm if you can access this link: https://docs.google.com/spreadsheets/d/1mxNfURtdxwRzY4O9NKyDI-JU-AYMHl2fkcM9TR1cyII/edit#gid=0?

If so, to make a copy of your own, you will click on File from the top menu and select Make a copy. You can then start playing with the template!

Hope this helps! Let me know if you have other questions!As you work through the template, if you have questions or feedback, feel free to post them back here :)

Powered by inSided
Terms and Conditions and PrivacyCookie settings

Not a member yet? Become a member to join forum discussions, participate in community events and apply to write articles.

Enter your username or e-mail address. We'll send you an e-mail with instructions to reset your password.

Sorry, we're still checking this file's contents to make sure it's safe to download. Please try again in a few minutes.

This file cannot be downloaded

Sorry, our virus scanner detected that this file isn't safe to download.